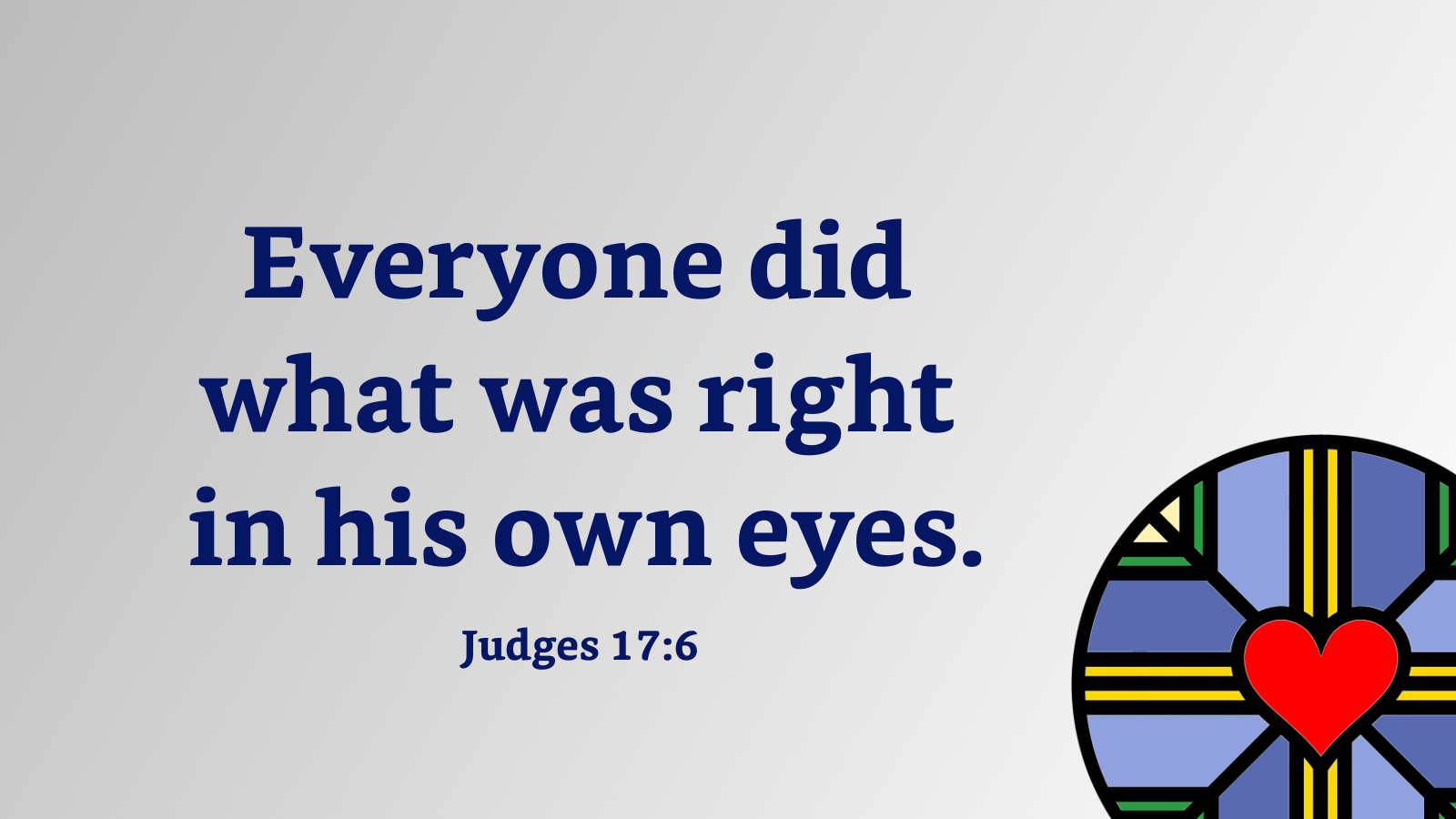 Those Are the Days

I hate it when I see an old person…and then realize we went to high school together.

I’m staring my 45th high school reunion in the face this October. I won’t be attending. Each reunion that I have gone to—the fifth, tenth, and the 20th—became increasingly depressing and annoying. Oh, people got good jobs. My classmates were no slouches. But too many of them didn’t seem very happy—if drunkenness and hookups from days gone by were any evidence.

Then there’s the whole glory days thing. Our football team was not very good but every reunion celebrates that team. I don’t get it. Maybe drinking does cause memory loss. Or maybe, we just want to remember something as being better than it actually was.

We tend to look back on days gone by, if not as glory days then, as the good old days. I suspect that in many cases it’s because we don’t have to live them any more.

Right now, the American Church looks back on the 50s and early 60s as their glory days, the good old days when lots of people were coming to church. I remember.

I grew up at St. Luke, a small Lutheran Church just across the creek from Wittenberg University in Springfield, Ohio. That little church, that could probably seat 125 people, was fairly full every Sunday. It had a Luther League and a Boy Scout troupe…and if I recall, a new pastor every few years, confirmation classes that couldn’t keep a teacher, and students who were already leaving the church as soon as they were confirmed.

They had things to do: important things! Oh, I don’t know: anything but worship, I guess. St. Luke closed about the time I graduated from high school. Ah…those were the good old days. And we’re still living them. These are those days.

The Lutheran Church continues to decimate itself from the inside out. Way back then, Scripture and prayer were heard on Sunday mornings and largely ignored for the rest of the week. Nothing has changed, even though God tells us to pray without ceasing and promises blessing to the one whose “delight is in the law of the LORD,” who “meditates [on it] day and night” (Psa 1:1-2).

Way back then, we were already figuring out how to get by without learning the Catechism. Now Lutheran churches are starting to throw out the catechism altogether, stating as their reason that it isn’t relevant in a modern society. are worse.

I never heard of the Book of Concord, the Lutheran Confessions back then. Maybe I wasn’t listening. Today, it’s worse. Why? Because there is no King in the land and people are doing what seems right in their own eyes. In fact, back in the good old days, we had a saying for that; you could buy it printed on posters at Spencer’s Gifts. The saying? “If it feels good, do it.”

The good ol’ days? More like a recipe for disaster.

It’s way past time to wake up and strengthen what remains before we die out altogether. But how do you do that?

In another time that we consider the good old days, half a millennia ago, Martin Luther conducted what is know as the Saxon Visitation. He and others toured the churches throughout Saxony and discovered a total decay of all Christian knowledge and of Christian instruction. Even Luther had not anticipated such widespread ignorance and corruption in the churches.

Aside from evils like clergymen cohabiting with their cooks… Wow. Those really were the good ol’ days. Imagine if cooks were all the clergy slept with now. But aside from things like this, Luther found an even greater evil. It was more evil because it was the source of such evils. He discovered that the people were “grossly ignorant of even the simplest rudiments of Christian doctrine and most unwilling to learn anything, while many pastors were utterly incompetent to teach.” I am quoting from the “Historical Introductions to the Lutheran Confessions” by Friedrich Bente, and I continue.

“According to the official records, one priest, who enjoyed a great reputation as an exorcist, could not even recite the Lord’s Prayer and the Creed fluently. … Moreover, conditions in the congregations everywhere are pitiable, inasmuch as the peasants learn nothing, know nothing, never pray, do nothing but abuse their liberty, make no confession, receive no communion, as if they had been altogether emancipated from religion.”

The good old days sounds a lot like 21st Century American Lutheranism. But what to do about it?

Luther describes in the Preface to the Small Catechism the great spiritual pain and heartache that he felt about the state of the Church in Saxony. But he also explains what he intended to do about it.

“The deplorable, miserable condition which I discovered lately when I, too, was a visitor, has forced and urged me to prepare this Catechism, or Christian doctrine, in this small, plain, simple form. Mercy! Good God! what manifold misery I beheld! The common people, especially in the villages, have no knowledge whatever of Christian doctrine, and, alas! many pastors are altogether incapable, and incompetent to teach. Nevertheless, all maintain that they are Christians, all have been baptized and receive the holy Sacrament. Yet they cannot recite either the Lord’s Prayer, or the Creed, or the Ten Commandments; they live like dumb brutes and irrational swine; and yet now that the Gospel has come, they have nicely learned to abuse all liberty like experts. O you bishops! what will you ever answer to Christ for having so shamefully neglected the people and never for a moment discharged your office? May all misfortune flee you! You command the Sacrament in one form and insist on your human laws, and yet at the same time you do not care in the least whether the people know the Lord’s Prayer, the Creed, the Ten Commandments, or any part of the Word of God. Woe, woe, unto you forever” (Historical Introductions to the Lutheran Confessions, F. Bente).

The answer to our problems—both in the Church and in the State—is the Word of God. Not only the Word but a right handling of the Word, which I am convinced is taught in the Lutheran Confessions, but especially in the catechisms—Small and Large. We dispense with them at our peril—and the peril of our land. For as the people go, so goes the country.

In the days of the Judges of ancient Israel, when “there was no king in Israel…everyone did what was right in his own eyes.” Today the King of kings is largely ignored in the land, even in these “Saxon” churches, because everyone wants to do whatever they think is right, with little or no regard for the Word.

These are those days. We are back in the state where we don’t know the Ten Commandments, and I dare say, the Creed and the Lord’s Prayer itself may be next on the chopping block of cultural correction in the Church. You think I overstep? Just a few years ago, you would not have thought of a Lutheran Church throwing out the Small Catechism and Confirmation classes. The things that have happened since St. Luke closed, since I graduated from high school, were once unimaginable.

All of this could have been avoided if we had paid attention to the two chapters of Saint Mark’s Gospel read in your hearing this morning.

We may yet strengthen what remains if we hear and heed the words of John Mark. In these two chapters are disciples who follow Jesus even though there was a plot to kill him, the institution of Holy Communion, long seasons of prayer, hymn singing, adherence to the Scriptures, profound testimony to the prophetic Word of God, denial, confession, forgiveness, crucifixion, and the courage of Jesus’ followers in the midst of it all—no matter what anybody in the larger culture thought or said.

And if you want to hear what happens in the next chapter, come back here a week from today.

In the meantime, take heart, struggling Church of the ever living God, who in his own righteousness has delivered us, and in his own faithfulness redeemed us—sinners one and all. These are also those days: days when God redeems and saves people of faith. May it be so for you and your families and neighbors.