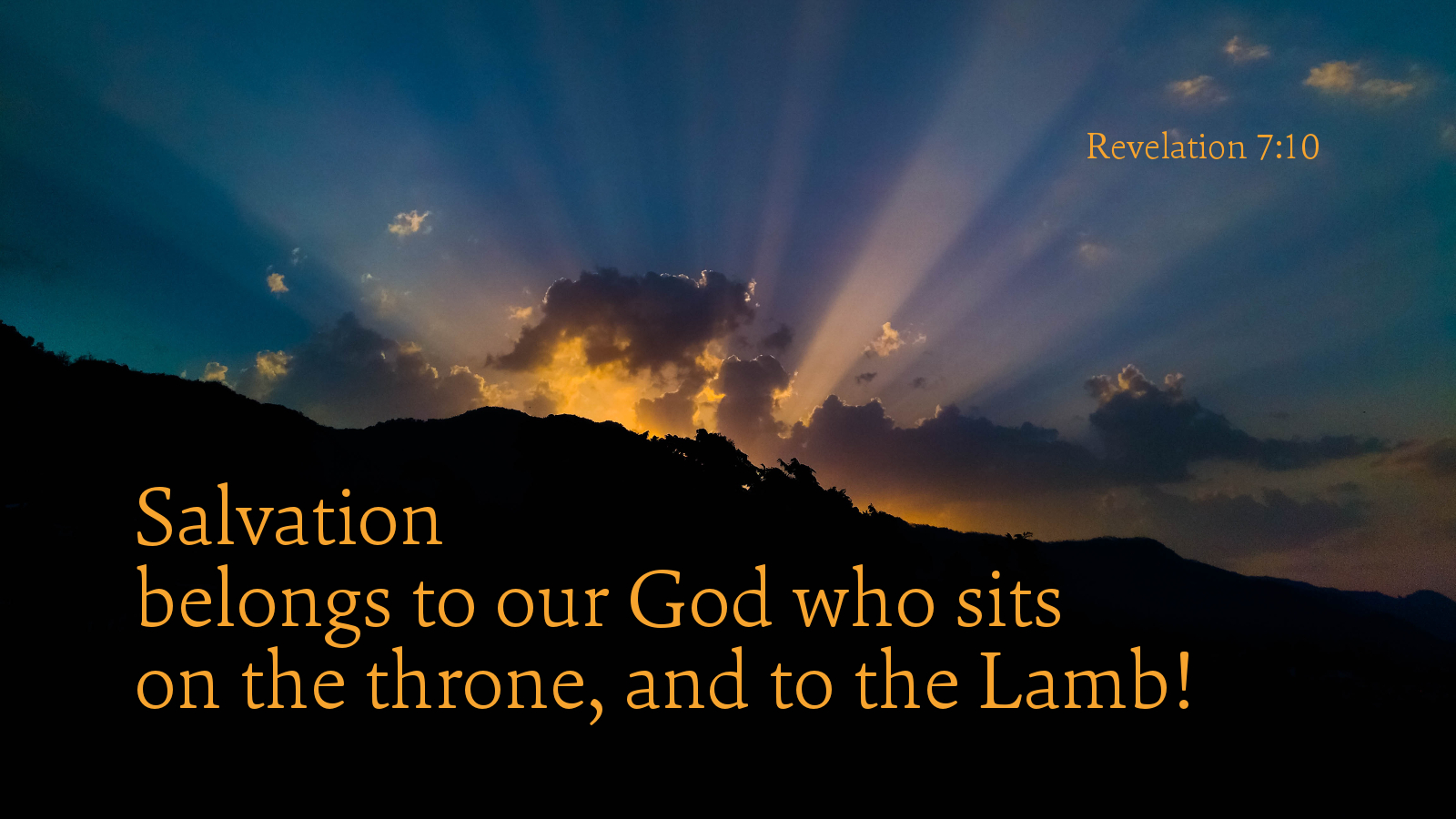 The Seal of God

It is appropriate, especially this being the 500th anniversary of the Reformation, that we carry on our thoughts of Luther from last week’s Reformation Sunday celebrations.

Luther had been summoned to the Diet of Worms, an imperial assembly of the Holy Roman Empire, to face charges of heresy because he taught a reform of the Church. The hearing lasted four months, from January 28 until May 26, 1521. This was not merely a judicial council of the Church; it was a formal court case against Luther, carrying the full weight of the empire. Luther stood his ground, but was finally sentenced to death, when anathema was pronounced against him. This meant that after three weeks, a period of time the Emperor allowed for getting his affairs in order, anyone could kill Martin Luther with impunity.

But Martin had a protector. While still in Worms, a scheme had been worked out by the Elector Frederick, the ruler and so-called “fox of Saxony.” He feared for Luther’s life beyond the three weeks of the Emperor’s safe-conduct. Frederick did not want to disobey the Emperor. Nor did he wish the reformer, his own citizen and the pride of his university in Wittenberg to die. His solution was to remove him from the public eye for a while and hope that things would settle down.

While on the road from Worms to Wittenberg, Frederick had Luther kidnapped and brought to Wartburg. There, he sealed him up in the castle where Luther grew a beard as a disguise and spent his days writing letters and translating the Greek New Testament into German. It took him eleven weeks, but he gave Germany a New Testament in her own tongue and the tool she needed to bring reform to the Church—and change the world.

Let us pray. Beloved God, in Christ you have drawn all your people into one, holy communion. Grant that, as we remember the saints who have gone before us, we may be sealed in the one true faith, and be strengthened for faithful service to you so that the world may know your blessed presence. Bring us at the last to the feast that has no end where all will be one; through your Son, Jesus Christ, our Savior and Lord, who lives and reigns with you and the Holy Spirit, one God, now and forever. Amen.

People are afraid. These are troubled times—just as all times are turbulent. Religious people can sometimes get a bit frenzied, pinning their hope on the wrong thing. Often, this hope is simply that soon it will all be over and they won’t have to deal with this troubled world any longer. These predictors of doomsdays go back to the time of the Reformers and still much earlier. And they are with us today.

Just over a month ago, a Christian numerologist and self-published author—whom I will leave unnamed but whose prediction went viral on social media—missed his prediction of the end of the world: September 23rd—just 33 days after the solar eclipse. In fact, he based his prediction on convoluted calculations and inferences centered around the number 33—that number, those calculations, and that the planet Nibiru would pass by earth on September 23, causing earthquakes, volcanic eruptions, and tidal waves. He further stated that a constellation would appear over Jerusalem on that day, triggering the launch of a series of catastrophic “tribulations” that would mean the end of life on earth as we know it.

In the meanwhile, NASA had repeatedly insisted that the planet Nibiru does not even exist. I, for one, am grateful that it does not, and that the world did not end on September 23, as Susan and I would have missed our 40th wedding anniversary by one day.

Now you may think that I am making light of this doomsday prophet, or of the whole lot of these apocalyptic preachers. I suppose I am, but I have good reason to do so. In John’s letter to the churches, The Revelation of Jesus Christ, one of God’s messengers or angels rose in the East from whence the star guided the ancient magi to the newborn Messiah. This angel appeared with the seal of the living God. The wrath of God was set to be unleashed on the world. But his wrath was stayed for a time—a time much longer than the Emperor’s three weeks—until all of God’s people, those whom the Apostle Paul called the Israel of God” (Gal 6:16), could be sealed on their foreheads.

The Apostle John, the writer of the Revelation, undoubtedly takes his imagery from Ezekiel where we see a band of mercenaries—perhaps angels—who are to exact deadly justice on Israel, indeed upon Jerusalem. But there is also one there, not clothed in the garments of battle, but dressed in a more civilian linen. He has a writing case, an ink horn, tied at his waist. This one, also very likely an angel, is sent through the city to seal the faithful remnant. “And he called to the man clothed in linen, who had the writing case at his waist. And the LORD said to him, “Pass through the city, through Jerusalem, and put a mark on the foreheads of the men who sigh and groan over all the abominations that are committed in it” (Eze 9:3-4).

Well, that symbolic remnant, the “Israel of God,” is bigger than Israel, larger than the Church, and is not yet complete. It includes those believers in days of old, friends of God like Abraham and David. The “Israel of God” or the “144,000” as John called it, includes the Christian Church too. This 144,000 who must be sealed is an interesting metaphor.

Numerologists are not all crackpots. Numerology was something John used to code his letter to the churches that we call The Revelation. He wrote that letter in an apocalyptic literary style that had fallen out of use amongst the Jews, but was still remembered. The apocalyptic genre can use numerology—and John did. We see it employed in this number 144,000. 144,000 breaks down around common denominators of 12 and 10. 12 times 12 is 144. John used these two 12s earlier in his letter to speak of the 12 tribes and the 12 apostles, but here he multiplies the OT by the NT, ending up with 144, not 24. The Israel of God is larger than we thought. God’s angelic scribe has been busy sealing the foreheads of the faithful with his own holy name.

Christian, you may feel like you are pretty-much alone in the world today. Believers have almost always felt that way; after all, we are a remnant, not the common, unbelieving people. But we are not alone— not hardly. People are still coming to faith today; they are still being sealed on the forehead by the Lamb’s angel. Yet, largely due to the frenzied preaching and even popular writings of doomsdayers and Rapturists, there are a lot of people who have heard of the mark of the beast, and may even fear that they will receive it. Would that they would be more concerned about having the mark of the Lamb, of being sealed with that salvation that comes only through faith in Jesus.

For “these are the ones coming out of the great tribulation. They have washed their robes and made them white in the blood of the Lamb.” These are the ones we remember this All Saints Sunday. Indeed, we who believe in the Lamb of God are numbered among them, that blessed 144,000 who are the sealed of God.

We too will be “before the throne of God, and serve him day and night in his temple; and he who sits on the throne will shelter [us] with his presence. [We] shall hunger no more, neither thirst anymore; the sun shall not strike [us], nor any scorching heat. For the Lamb in the midst of the throne will be [our] shepherd, and he will guide [us] to springs of living water, and God will wipe away every tear from [our] eyes.”

“Amen! Blessing and glory and wisdom and thanksgiving and honor and power and might be to our God forever and ever! Amen.”